The “host broadcaster” is the broadcast partner of the artistic creators of the show. We make the movie of the Opening and Closing stage show they have created. We also play ‘host’ to all of the visiting international broadcasters and Sherpa them, second by second, through the ceremonies. “Stand here, shoot this, you don’t want to miss this! Hungry? Here’s your feed! “

I was parked in the bowels of a stadium, in a fifty-two-foot tractor tailer that was a seven million dollar 4K television studio control room. In fact there were two of them, identical, parked “side by each”, one a back-up, just in case.

I was the “Senior Producer – Host Broadcaster” for the “International World Feed” of the opening and closing ceremonies of the Pan Am and Para Pan Games. I had 80 direct reports, most of them seasoned sports shooters, cutters, technicians, directors, instant replay specialists, audio mixers etc.

The Pan Am Games is a kind of little sister franchise of the International Olympics. In the America’s, the Pan Am’s are more important to viewers than the Olympics, because smaller countries actually have shot of winning something, without having to compete with all those juiced Russians running around borrowing pee pee from nine-year olds.

The format of the opening of the Pan Am games is identical to the Olympics; Opening Artistic Sequence, enough pyro to invade Panama, again, an hour of  athletes marching into the stadium making goofy faces for the cameras and endlessly dull, boilerplate speeches from local and international sporting dignitaries
who fancy themselves global ambassadors saving the planet through sport. After the speeches, there’s more artistic presentation, then the top secret reveal that lights the “cauldron”, and bien sur,  enough pyro to invade Panama, again, again. It’s a highly structured event, with massive protocol much of which has been in place since the
1940’s.

As I was sitting in the truck at the producer’s desk, reflecting on the gravity of my responsibility to “feed the world” live, with a stellar opening show, I was thinking about my 80 reports. I asked myself, “who on this team has the least amount of experience with Olympic Protocol events?”

That would be me.

And who is in charge of this operation?

Right, that would be me.

And how, you may ask, did this travesty of competence occur?

The skill set I brought to the producer’s desk was not knowledge of high-level Olympic protocol or even a basic understanding of sporting events – my skill set was managing a television team in high pressure events …live to the world. People on the team could
teach me Olympic protocol – my executive producer, was an incredibly smart sports guy who had been to a ton of these events– he would fill in the blanks – what I needed to do was build a tightly knit family from eighty diverse people, many of whom had never even met before. My job was to build a family who knew everyone on the team had their backs. We were facing very difficult obstacles but we could get it done…together…better than it had ever been done before.

We had numerous budget challenges but our biggest challenge was access to the event venue. Normally the opening ceremony is installed in the stadium three weeks, sometimes a month prior to the show. Because this venue was home to the local sports teams we were only accorded three days.

To be an effective leader, my first job was to listen.  People love it when other people show interest in what they do. It’s human nature. I had a lot of questions, unquestionably some pretty dumb ones. But my interest was genuine.

At our first meeting, at the conclusion of my opening remarks,  I told the  team, “If you need an alpha-male who has a 50% chance of being right, come and see me.”

I was also charged with the production of a short opening film that featured the first “‘sanctioned jump” off the CN Tower, one of the worlds tallest buildings. This film, in combination with our short, pre-show stay in the stadium, forced us to find fresh solutions to very rigid problems. There were eight different collective union  agreements, insurance regulations ad nauseam, venue restrictions and literally binders of non-negotiable Olympic protocol. And then, there was “Herb” from a department called, um, “compliance”. It felt like every single day just did not have enough hours.

Our business affairs manager was a young lady who had just been promoted. Her previous experience was in documentaries. This  was her first big sporting event. She had enough experience to know what to do, but just enough innocence to question long standing but archaic layers of bureaucracy.  Her willingness to fight fearlessly for what we needed, long into the night earned her the nickname “our rebel leader”.

If you have ever spent time with my kind “producers”, event or tv producers – the invariable narrative of their story telling can be boiled down to simply this:

“Everything was fucked, I fixed it.”

I am going to spare you that narrative. Together, we built a highly effective team that knew our odds for success were long. We knew we were in front of the world, we knew we could not and would not fail, because we could count on each other.

On July 10, 2015 at  8:00 PM EST we delivered a moving, innovative show to the world that was a finalist for eight prestigious television awards and won three including best direction.

And because you read to the end, you deserve some gossip. Our pyrotechnics designer was a world-renowned pyro artist who had blown up more shit than the American Air Force. Miraculously, he still had ten fingers. And here’s the thing you should know about pyro,  he wouldn’t allow his children to play with firecrackers. 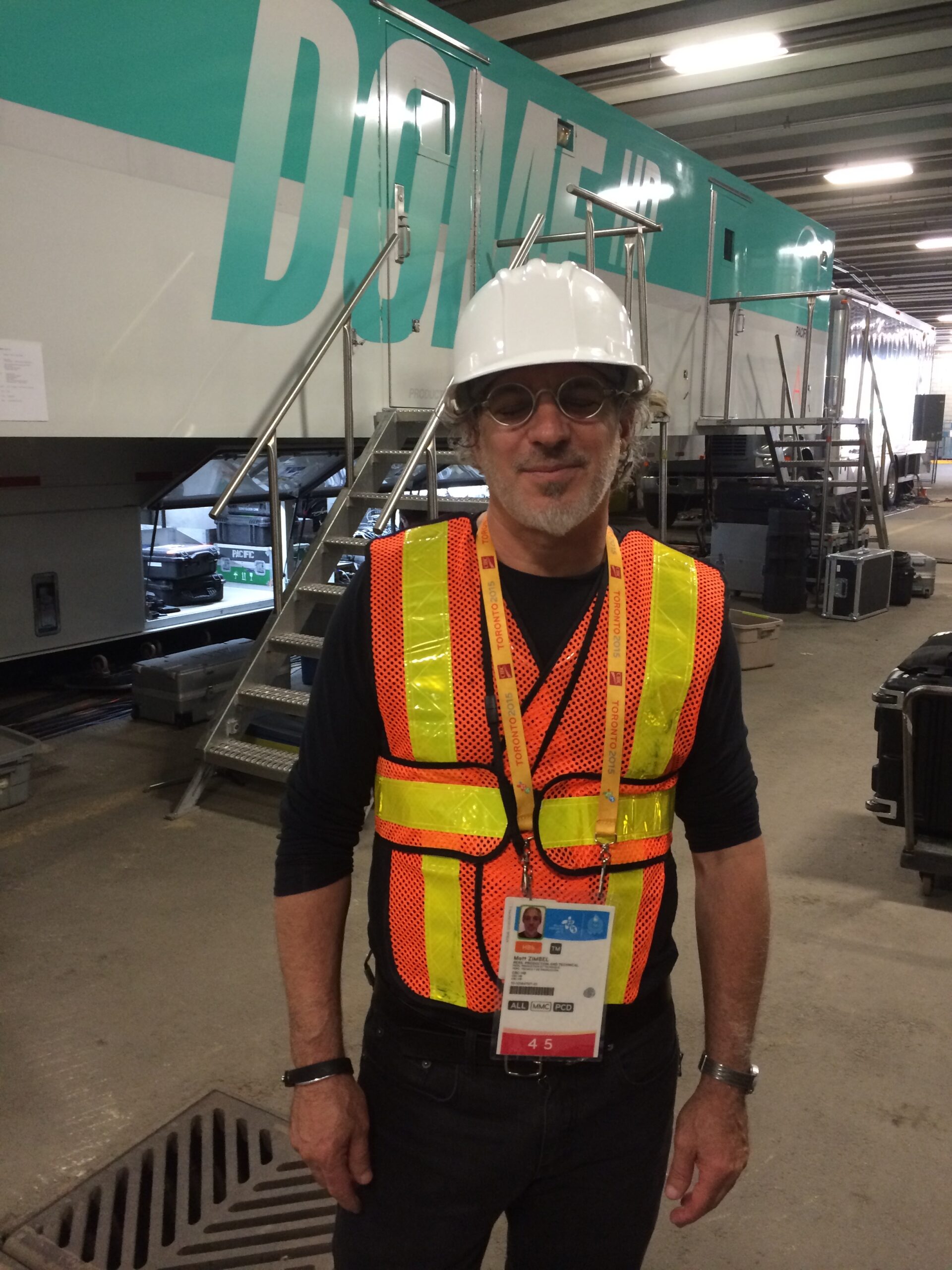